As summer fades slowly into autumn and the evenings draw in, it’s natural to reflect happily on our vacations, fondly recalling languorous days at the beach, long lunches or slow barbecues with friends, but on the fertile slopes of Mount Etna in Sicily, it’s been buzzing with activity these past few months where Catania resident photographer Alessandro Saffo spent the summer studying the proverbially busy bees of the Barbarella Honey Company. 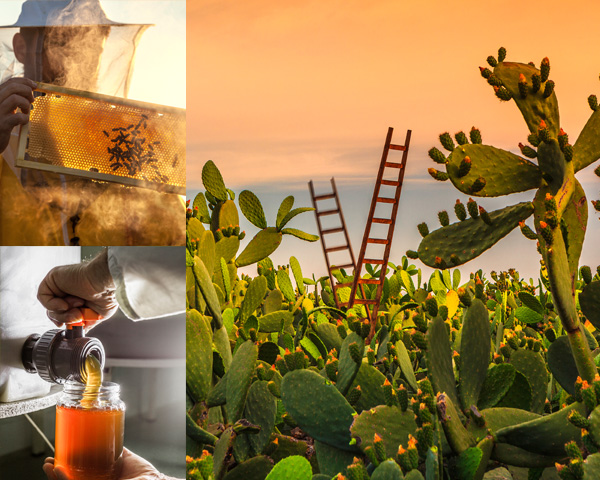 Much of Sicily’s honey is produced from orange flower nectar and the citrus groves flourish on the plain of Catania, but a smaller quantity comes from the prickly pear, that strange sprawling cactus known locally as “Indian fig”. Fig or pear, this prickly plant has transformed the Sicilian countryside since being introduced to help break up the lava on the lower slopes of Mount Etna and the bush is now naturalized across much of the island. As the cactus begins to flower, the Barbarella hives are placed amongst the thorny brambles and the bees go to work in what appears a most inhospitable and arid landscape, yet which produces a uniquely rich and flavoursome amber honey.


Buy this story?
Interested in running this feature in your publication?

Contact us to order images, search for you, for custom pricing or for anything else

...we'll be delighted to hear from you!